The Kern River Valley is a relatively flat valley located in the southern Sierra Nevada at an elevation of 2300’ to 3500’. There are four major sections of the Kern valley; South Fork, Weldon Valley, North Fork, and Hot Springs Valley with many upslope hamlets surrounding these areas.

The South Fork Valley is an alluvial valley ranging from 2600’-3300’ in elevation and is filled with mostly granitic sediment from the eastern edge of the Kern Plateau and the western Scodie Mountains. The topography of the Kern River Preserve is gently sloped along the three miles of river channel with relatively steep slopes along its northern mountainous edge. Elevations on the preserve range from 2611’ to 4265’.

The South Fork Kern River supports one of the finest and most defensible Great Valley cottonwood-willow forests remaining in California.  This forest stand is found on the river from its point of departure from the Sequoia National Forest to it terminus at Isabella Reservoir, a distance of approximately 13.5 river miles.  Surrounding the riparian forest, are freshwater marshes, meadows, pasture, cropland and uplands which connect to vast areas of public land managed by the U.S. Forest Service and Bureau of Land Management. The two agencies manage approximately 85% of the 983 square mile watershed, with approximately 60% in designated Wilderness. Furthermore, in the upper watershed, the 72.5 miles of the South Fork Kern River is protected by Wild and Scenic designation.

Volunteers of all levels of ability and time commitment are welcome. 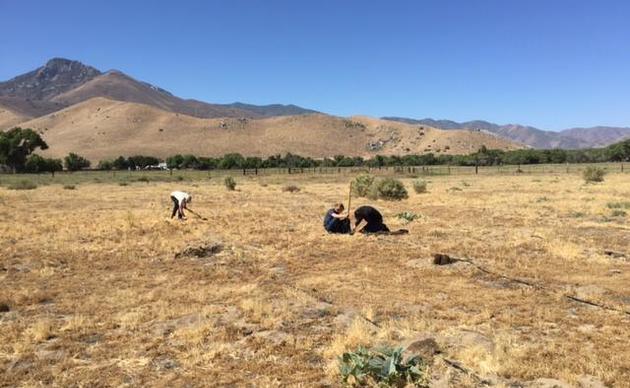